Muhammad Ali said it best: “Service to others is the rent you pay for your room here on earth.” Douglas White has put those words into action his entire life. After almost 35 years in the financial services industry, the final 23 in management, he has voluntarily upped the rent he’s paying here on earth.

In 2015, White co-created the Oklahoma Emergency Responders Assistance Program (ERAP), a 501(c)3 nonprofit organization set up to assist emergency responders who’ve experienced debilitating critical incidents and are having difficulty resolving them. He recognized the stress first responders embody every day on the job and realized no one was actively supporting the men and women who continually put their lives on the line to protect the rest of us 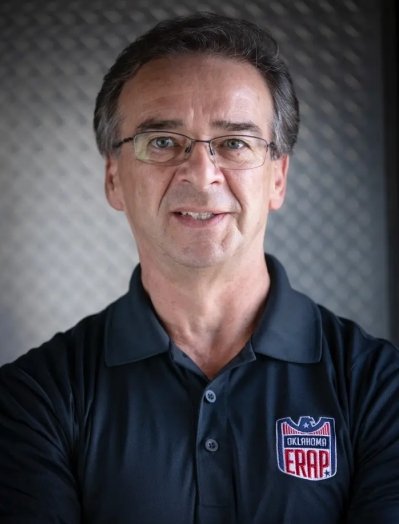 As part of the Oklahoma ERAP, Mr. White organized three-day intensive emersion programs for police, fire, 911, EMS and medical examiners. Led by a Doctor of Psychology, the programs addressed stress management, the impact of exposure to trauma, resiliency, and the prevention of debilitating mental health consequences, including suicide and addiction.

The program has been so successful, that in 2018 it spun off two other organizations — an Arizona ERAP chapter and a nationwide ERAP program — both based on the Oklahoma model. (See more at https://erapna.org/.) At the same time, he leads OKCRespond, a program that funds and supports:

Mr. White remains active in all three organizations. Although he handled the business components of three ERAP organizations and acts as Executive Director for the OKCRespond program, he’s quick to downplay his role and point out others working with him. But the organizations have received its due from the local Oklahoma City press:

Involved in his community, Mr. White is often asked to do radio interviews, local TV small news segments and speaking engagements with nonprofits and community organizations in both Oklahoma and Arizona, where he began his career. In June 2020, he’ll be on a panel for the Oklahoma Supreme Court.

A Career in Banking Management

From a simple start in 1980 as an entry-level employee for the First Interstate Bank of Arizona, Mr. White built a career on hard work and communications skills. By the time First Interstate Bank of Arizona merged with Wells Fargo Bank, he was already a Branch Manager. He worked his way up to District Manager, Regional Manager and finally, Operations Manager. Along the way he moved from Arizona to the Bay Area to Los Angeles.

He retired from Wells Fargo in 2007 and returned to Arizona to become Bank President and CEO of Sunrise Bank of Arizona. After a successful three-year run, he was recruited by the Bank of Oklahoma in 2010 to run one of the largest markets in the state. He retired from the financial services industry in 2014. He didn’t rest for long before starting Oklahoma ERAP.